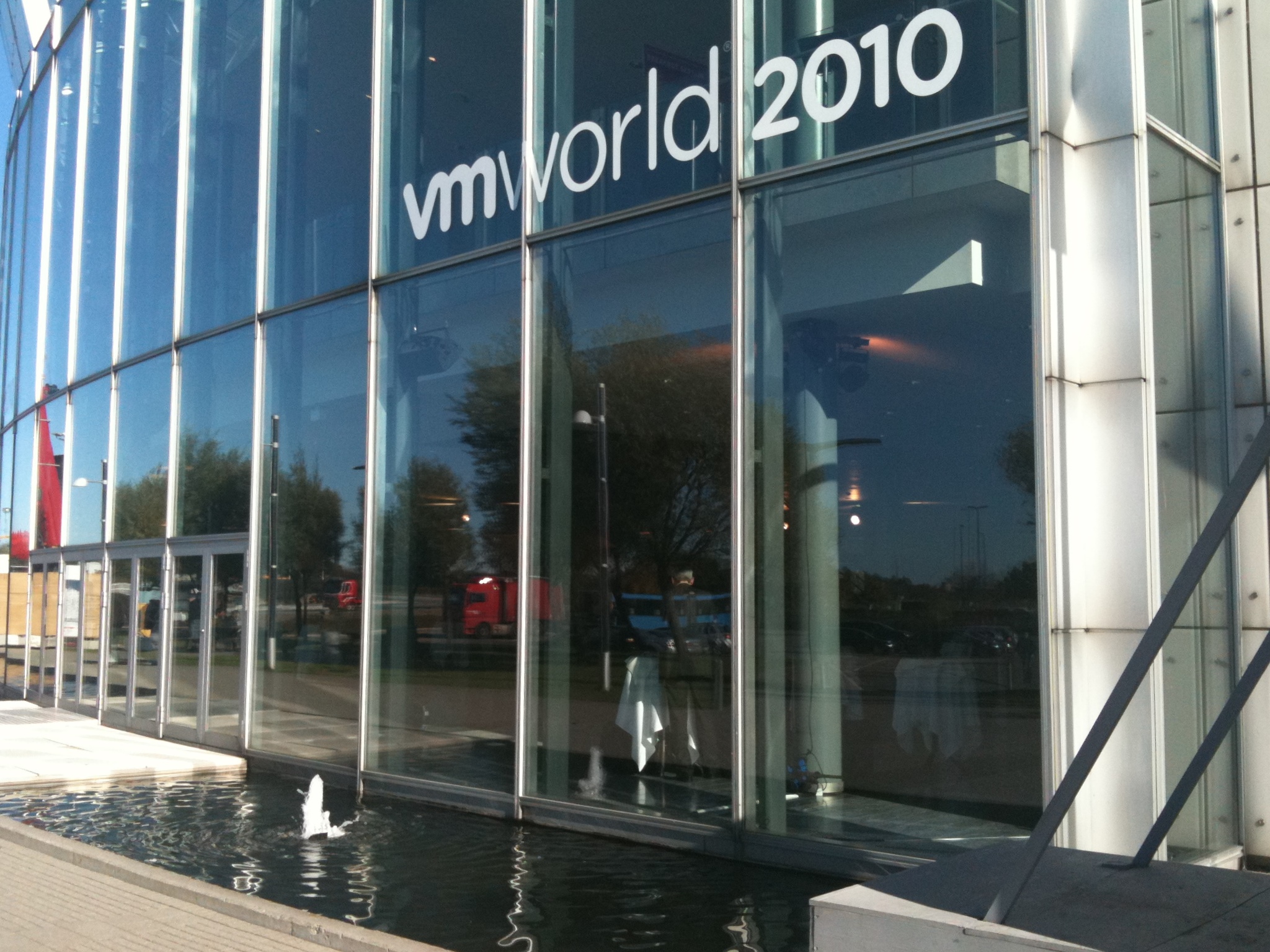 VMworld Europe 2010 in Copenhagen, Denmark is now over but not forgotten as I share my experiences with you. Here you’ll find photos and videos of the event, as well as my findings, notes and observations. It all started on Partner Day (Monday 11th October) then kicked off the main event on Tuesday. The highlight of the event for me has got to be the VMworld Circus Party at Cirkusbygningen (Cirkus) which was thankfully right next to my hotel!

As the Metro train approached the Bella Center on Monday the sun was shining and the anticipation was building for the Partner Track session by Paul Maritz. The theme this year is “Virtual Roads, Actual Clouds”. 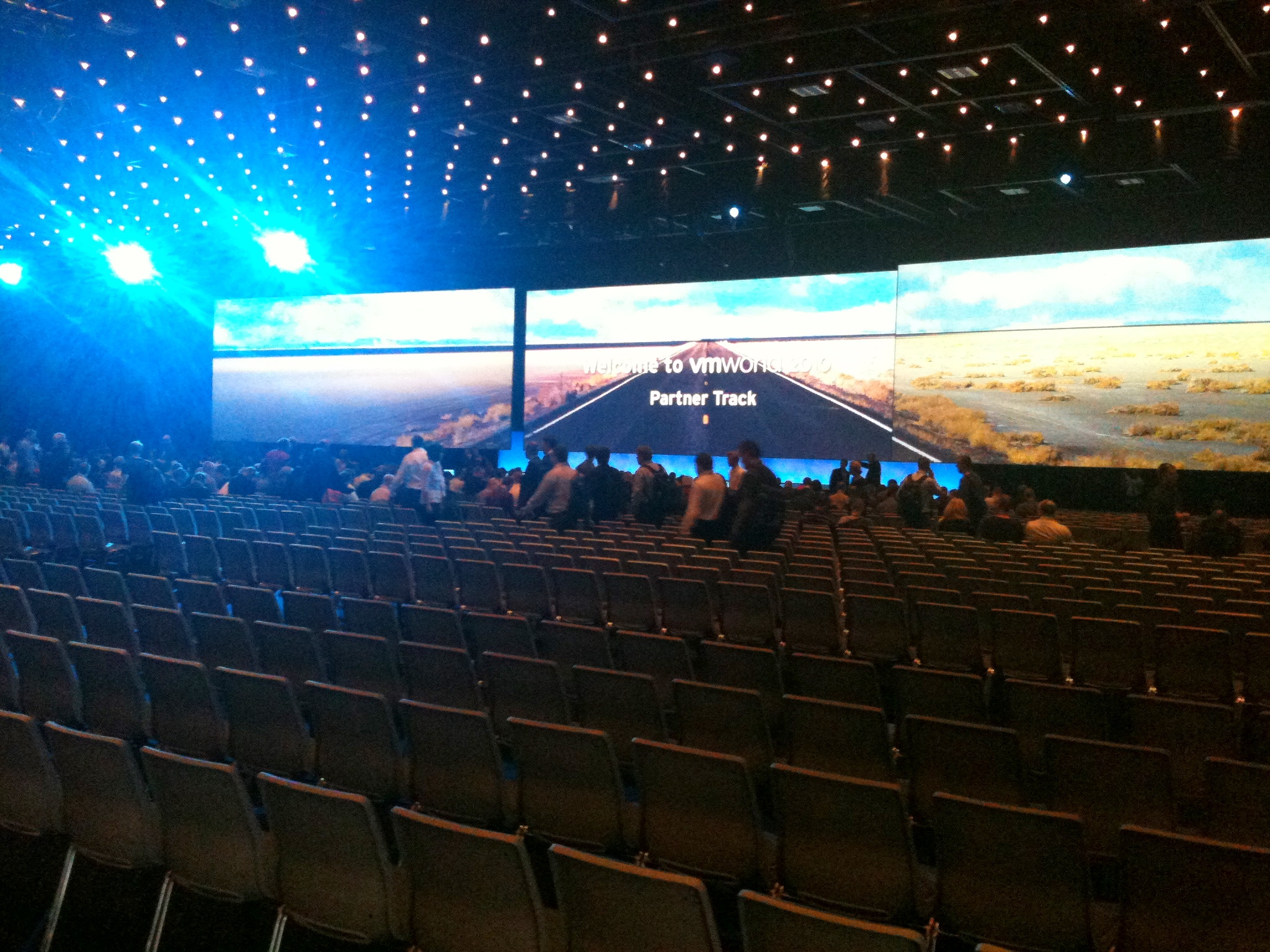 In 2010 VMware continued to show their commitment in their technology investment, the first being vSphere 4.1 which could really have been version 5.0 considering how major a release this was. Continuing their success in View 4.5, vCloud Director, ThinApp, and vShield, much of the talk at today’s partner day is about innovation and the cloud. This is what drives VMware’s focus. Much of the content included in the Partner Track was highlighting how important (we) partners are for VMware. Lots of statistics were talked about today, here are some of them; 3500 partner competancies in 2010, including 38,000 accredited VSP and VTSP’s. Andy Hunt (Vice President of EMEA partners) reported that we are now at break even point where there are just as many virtual servers in the industry as physical. Andy Hunt’s focus was very much on the SMB as many of them are still at the first hurdle of virtualization.

This is split into three parts:

IT as a service is about optimising IT production for business consumption, whilst bridging the organisational divide. Interestingly, with more and more View deployments consultants like myself often work with areas of the business that I would not normally have access to such as department heads, developers, and senior management. After all, they now have a vested interest in their end-users. The planning phase of a VMware View deployment should bridge this gap by us (the VMware experts) working with application and development teams, bringing their applications into production much faster than it was ever possible before. Other technologies within the scope of VDI such as ThinApp now provide this business optimisation by enabling services to be delivered to the end-user using a price per user framework.

Vittorio Viarengo is the Vice President of Desktop Products at VMware and he delivered a talk on end-user computing, discussing the mobility of applications on devices such as the Apple iPad. He continued to say that 85% of new applications are now sold as SaaS (Software as a Service) and due to this the desktop is being pulled apart. The expectation today is that applications just work, like you expect from webmail… The Cloud.

VMware’s Project Horizon was also announced today by Vittorio, which is a new cloud computing management service providing new ways to provision and manage the virtual desktop in the cloud. This is aimed at bridging that gap and making the SaaS model a reality.

As the partner day at VMworld Copenhagen draws to a close, the Six City Stompers start the evening with live jazz, whilst wine, beer and food are served to the many partners attending. Life’s not bad eh?! 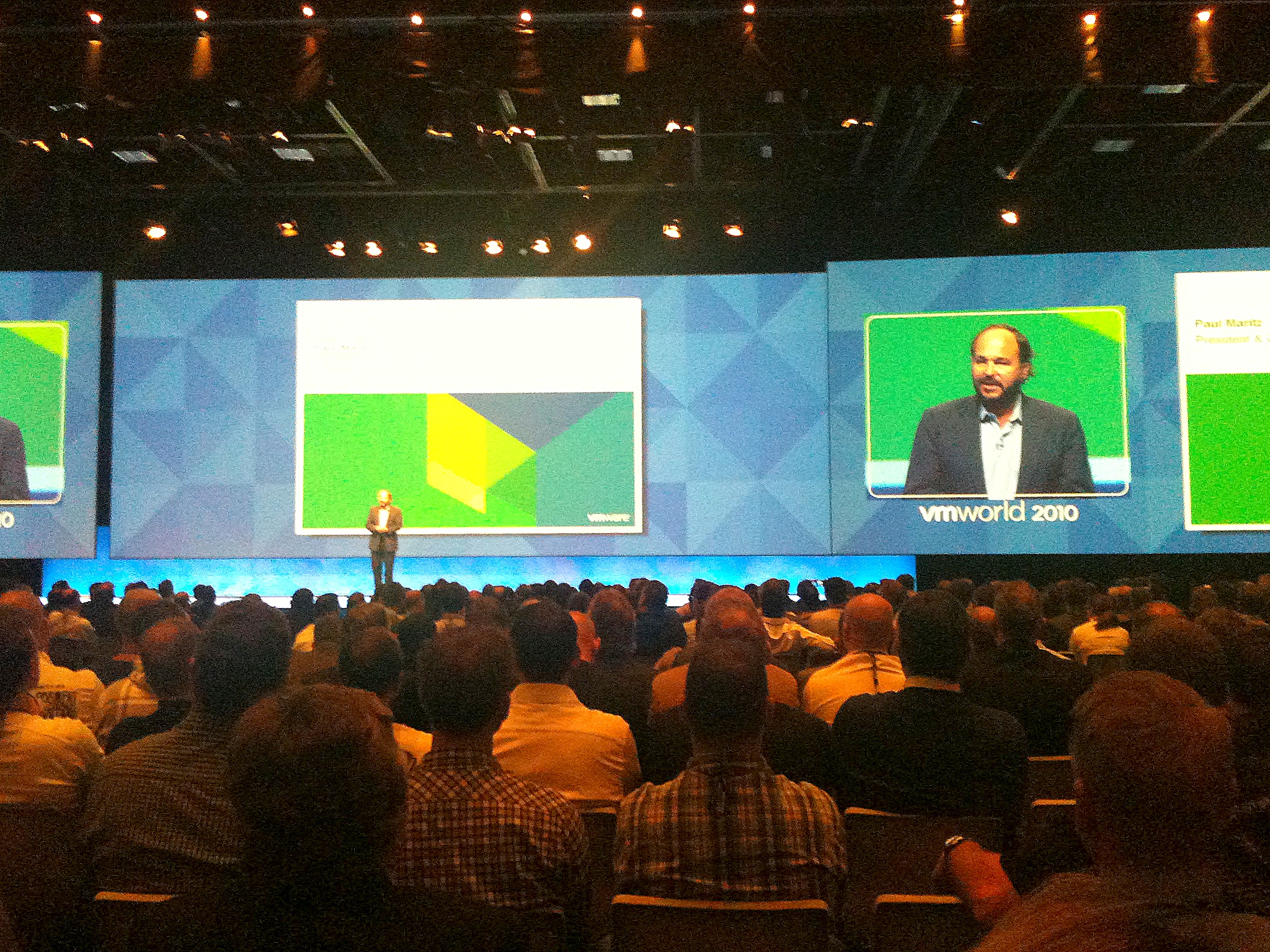 Paul Maritz - VMware CEO presenting at VMworld Europe 2010, IT as a Service