Earlier this month (January 2018) VMware released Horizon 7.4, and with that I wanted to share some updates in regard to the network port requirements. My good colleagues over in the EUC Technical Marketing team are doing a fine job of maintaining the diagram and have recently published a white paper PDF which you’ll find here. It’s a beast of a document and highly recommended if you are deploying a VMware Horizon architecture in your environment. 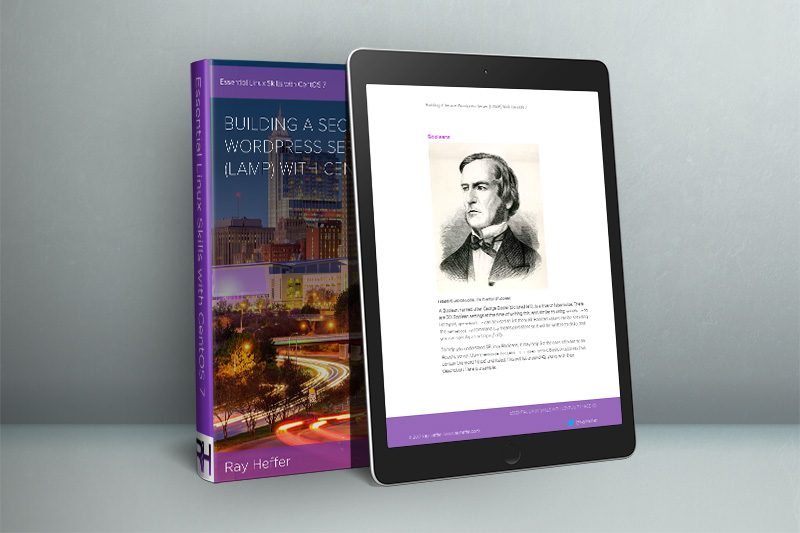 After writing a series of blog posts and guides on CentOS for several years now, as part of my Essential Linux Skills with CentOS 7 series, I have decided to publish a free eBook covering the complete guide on setting up your own highly secure web server for blogging (WordPress). Linux is still a hobby, and while it comes in handy for my day job, it has been long since I was a Linux administrator. I once remember someone describing it as an art.

We’re 18 days away from another VMworld in Las Vegas, and it’s going to be another amazing year, with a packed agenda crammed with sessions on our SDDC stack, including vSAN, NSX and vSphere, in addition to VMware on AWS and Cloud Foundation, all being my favorite topics at the moment. You’ll also find me discussing Cross-Cloud Architecture along with Adrian Roberts and Victor Sandoval, in the Ask the vCloud Air Network Cloud Experts [LHC1566PU] session which is on Monday at 12.30 so feel free to bring something to eat and drink for an hour of technical discussion!

Today VMware has publicly announced the integration of Horizon Cloud with Microsoft Azure. As you may know, Horizon Cloud is available in two deployment models today; on-premises or cloud hosted. On-premises deployments take advantage of what was formely known as Project Enzo, where hyper-converged infrastructure (HCI) can be deployed in your own data centers, but leveraging the cloud control plane which is managed by VMware and hosted with IBM SoftLayer. The other option is to deploy desktops to a fully managed Horizon Cloud where you don’t need to host any infrastructure of your own in order to manage the virtual desktops or applications.

Available in the second half of 2017, we will now have the option to host desktops with Azure. This is another leap for VMware’s cross-cloud strategy, and it allows customers to take advantage of Microsofts massive data center footprint. This also means customers can split their deployments between on-premises and the public cloud.

I have been fortunate enough to have been working closely with our EUC R&D team and spent some time with them to understand the key components and architecture behind this new announcement. I am sure in the coming months we’ll be releasing more information, and stay tuned for VMworld!

Ray is a cybersecurity professional, privacy advocate, and hacker with over 26 years of experience in cloud architecture, data center management, and IT infrastructure.