I remember when I first started using Microsoft Cluster Servers with SQL 2000 and Exchange 2003, and I had plenty of experiences (good and bad) especially once when I lost the quorum disk and I was due to go on holiday the next day! When I saw this topic on the VCAP-DCA blueprint I thought ‘oh’. Funnily enough, whilst I have had plenty of experience with physical clusters, I’ve never had to implement clustering in a vSphere environment. Due to certain complexities of MSCS you can achieve unwanted downtime (such as when I lost the quorum disk, or through mis-configuration) and can be a headache in itself. I’m not sure to what level the VCAP-DCA exam will require us to configure MSCS, but I am confident that it’s just configure the vSphere environment and not the other things you would normally have to do (SAN zoning, shared quorum disk, etc).

The first and only document I will use for this section on MSCS is Setup for Failover Clustering and Microsoft Cluster Service, and it’s only 36 pages so don’t worry you won’t be spending the next three weeks on MSCS alone! In fact, the VCAP-DCA blueprint lists each section in order on this document so it’s a safe bet!

Features such as vMotion are not supported, or running the virtual machines in a HA / DRS cluster (prior to vSphere 4.1). Let me list out the key points for configuring a virtual machine in a Microsoft cluster setup:

Regardless of virtual or physical hardware, each cluster node must have at two NIC’s; one for the public network (LAN) and the other for the cluster heartbeat (private network).

Configure a MSCS cluster on a single ESX/ESXi Host

Here are the steps required:

1) Select the first node and add a new hard disk (1GB should be enough), make sure to select ‘Support clustering features such as Fault Tolerance’. 2) Select a location for the quorum disk, shared storage or local. * If using shared storage, the second node must match the exact same location. 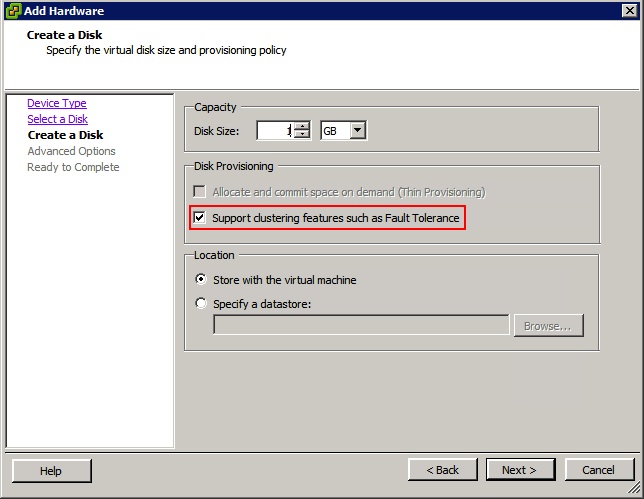 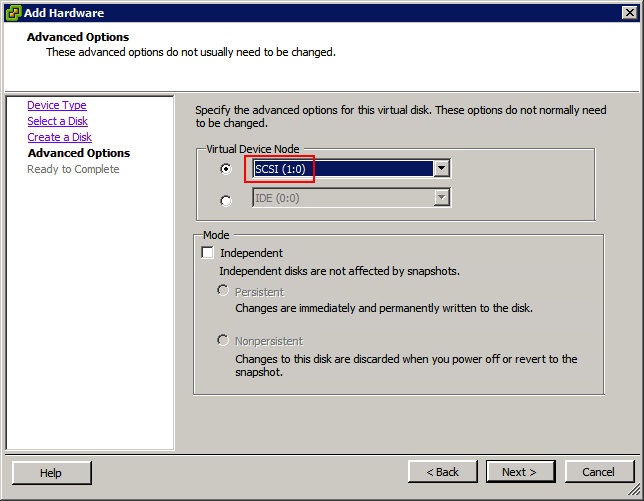 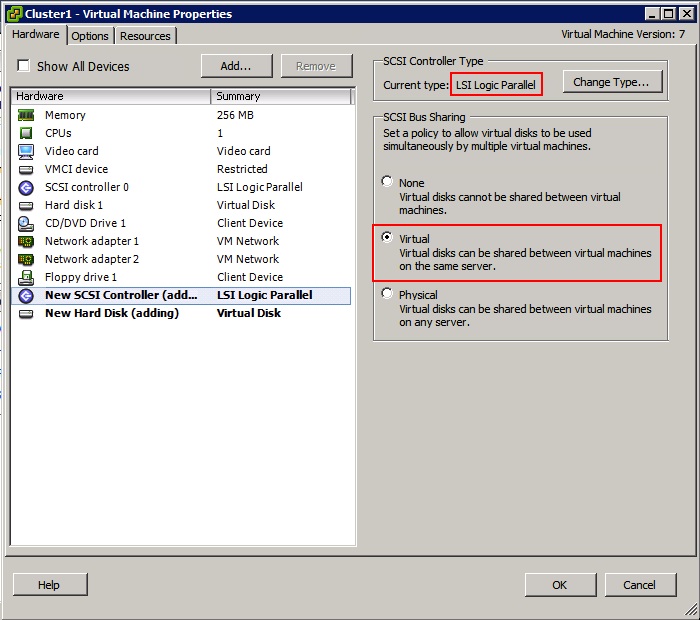 Adding the Quorum Disk to the Second Cluster Node

This is very similar to the single box solution so I won’t detail every step. Each node resides on a separate ESX/ESXi host. Take note of the following differences:

With this configuration, the first node is a physical machine and the second is virtual. Here are the differences you need to be aware of: